A day at the Acropolis Museum together with refugees 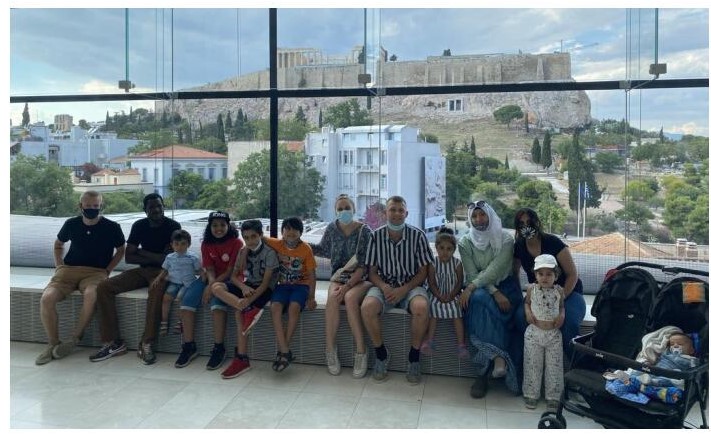 A day at the museum

On the 18th of June 2021, residents of the Welcommon Hostel and volunteers went to visit the Acropolis Museum, the exceptional sanctuary of Greek ancient artefacts found on the grounds of the Acropolis. Children and adults alike were eager to discover and understand the Ancient Greek history that has shaped the face of their city of residence.

After a long walk under the blazing hellenic sun from Kapodistriou street to Dionysiou Areopagitou street, the group finally reached its destination. We were instantly drawn to the large glass panes of the museum that reflected the white columns of the Acropolis, the modern structure contrasting heavily with the Antique wonders the building contained. The children ran around and played outside the facility, marvelling at the ruins of an ancient Athenian neighborhood that were underneath the glass floor on which they stood. 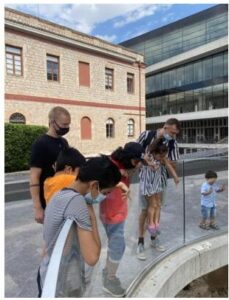 The “Welcommon team” at the Acropolis Museum – Children and volunteers absorbed in the contemplation of the Athenian ruins.

In the museum, each individual gazed at the archeological wonders of its liking. While some observed the ancient sculptures, others wondered at the ancient greek inscriptions on the marble steles. Children were fascinated by several models of the Acropolis over the years built for the purpose of the exhibition, the ancient citadel changing its outlook a myriad of times from the 5th century BC to today, going from a residence for kings, to a mythical place for the celebration of gods to a tourist attraction. Imagining a distant Athens populated by a different society with customs at odds with our contemporary times seemed to highly intrigue them. The mothers of the families took an incalculable amount of pictures of the superb view of the Acropolis, of the museum and of their children, all of which will serve as beautiful memories of this particular day.

After two hours of strolling through rows of magnificent remnants of Antiquity, our group emerged from the museum with sparkles in our eyes, full of new knowledge on the wonders of the previous Greek centuries. No matter the age or the nationality, each individual thoroughly enjoyed this cultural outing, which is a testimony to the social and cultural atmosphere of the Welcommon Hostel, as residents and volunteers alike learned, connected and got inspired together, as a community.

Here is what some of the residents had to say about their day at the museum.

“I really enjoyed going to the museum. It’s a good place for me to learn and I got to learn from the past.”

“I was fascinated by the Greek mythological scenes that were depicted onto the marbled statues. Everyone should try to get familiar with these very interesting aspects of history. I was also intrigued by the story behind the construction of the monumental Parthenon, and the backstory behind the stones used to build the temple as well as the statues. I learned a lot, and I would love to go again.”’

“I had already been to the museum, but it was very nice to go with everyone from the Hostel – it’s always nicer to go with friends and as a community.”

Anemos Anenosis, the social cooperative and all the Welcommon Team would especially like to thank the Acropolis Museum’s president and staff members for their cooperation in the organisation of this special day. 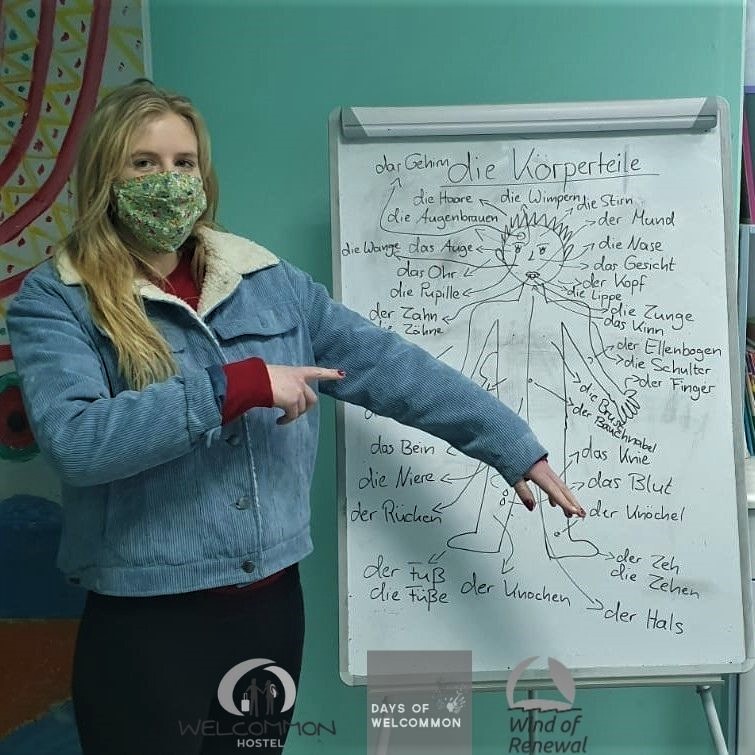 Lisa W., one of our volunteers: “It was one of the best experiences I’ve ever made”

Lisa W., one of our volunteers: “It was one of the best experiences I’ve ever made”