CECOP and CICOPA, the International Organisation of Industrial and Service Cooperatives, have recently sent a joint letter to the Greek Alternate Minister of Labour, Ms. Rania Antonopoulos, after consulting a network of international experts in worker cooperative and social cooperative legislation. 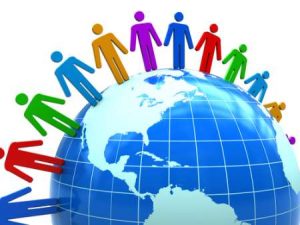 Two previous successive laws on social cooperatives already exist and are both in force, one from 1999 regulating exclusively social cooperatives involved in the integration of psychiatric patients and is too narrow to be really effective, and one from 2011 which is broader but presents a series of problems which the present draft law attempts to solve.

The new draft law certainly has strong points compared to the 2011 law, but still presents a series of weak points which are a matter of concern and should be improved. For this purpose, CECOP and CICOPA, the International Organisation of Industrial and Service Cooperatives, have recently sent a joint letter to the Greek Alternate Minister of Labour, Ms. Rania Antonopoulos, after consulting a network of international experts in worker cooperative and social cooperative legislation.

In the letter, both organisations have made a series of proposals for modification, including: Differentiating the wider social and solidarity economy part of the law from the one focusing on social and worker cooperatives, possibly by passing separate pieces of legislation; Inserting in the Greek legislation (in this draft law or another law) the cooperative definition, values and principles enshrined in theStatement on the Cooperative Identity and inserted fully in ILO Promotion of Cooperatives Recommendation n°193 (2002), which the Greek Government (like the Governments of all present members of the European Union) has formally approved; Enshrining the definition and key characteristics of social cooperatives as formulated respectively in the CICOPA 2011 World Standards of Social Cooperatives and the CICOPA 2003 World Declaration on Worker Cooperatives ;  Defining tax-related provisions, in particular regarding the employment of disadvantaged persons and the change of ownership in worker buyouts; Providing the option that social cooperatives be multi-stakeholder, namely with different categories of members; Differentiating more clearly, in the second degree structures of social cooperatives and worker cooperatives, representative associations from entrepreneurial consortia; Instituting audit functions covering the proper implementation of the cooperative modus operandi, to be exercised by the representative associations through their own auditors in the case of affiliated cooperatives, and by the State in the case of non-affiliated ones, similarly to what is already in force in several EU countries.