REScoop.eu: citizen energy cooperatives have transformed the energy market in many countries 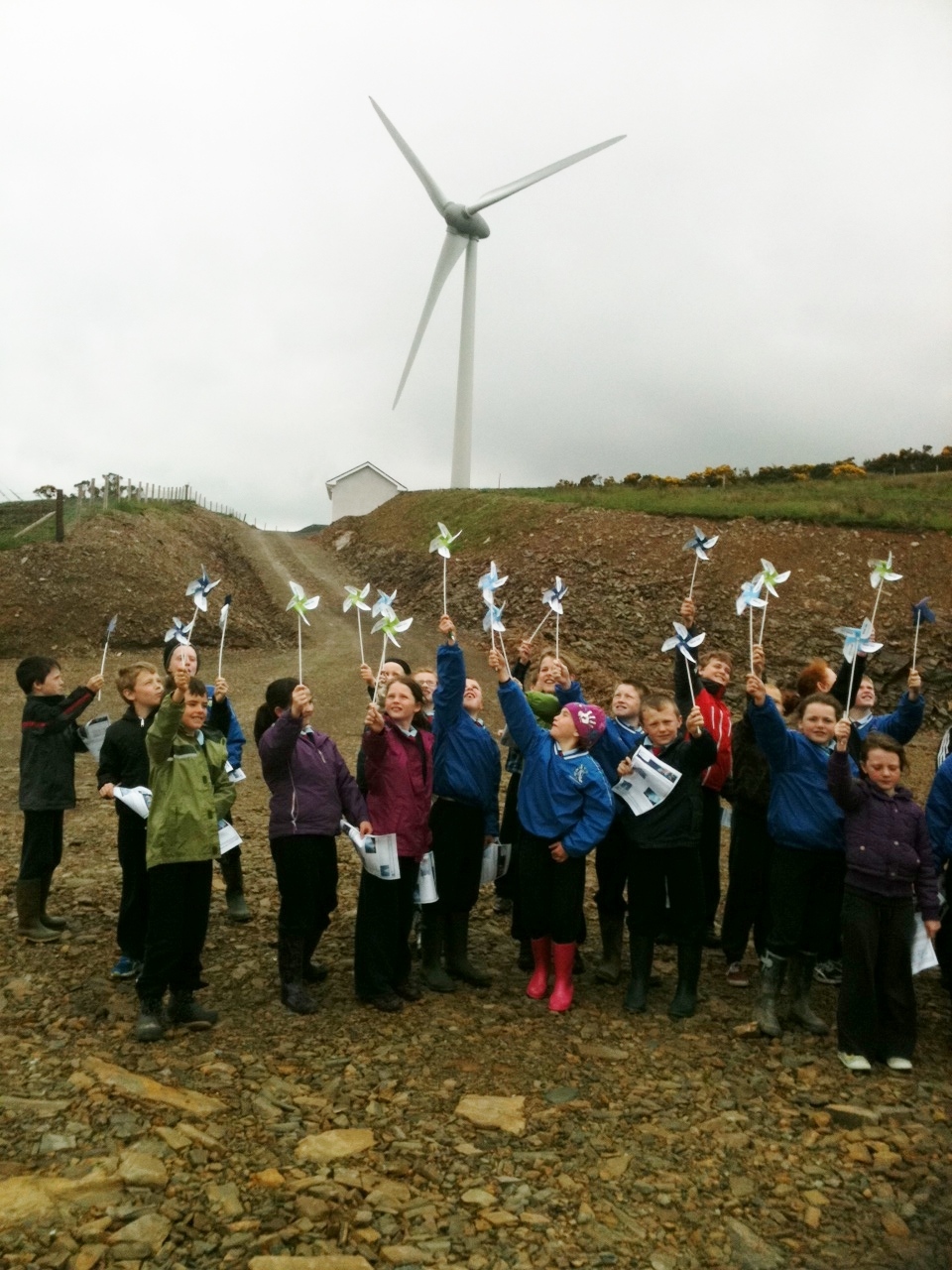 An interview with Sara Tachelet, Communications Manager of  REScoop.eu about energy transition, energy cooperatives and the role of REScoops in climate protection and revitalizing economy. REScoop.eu is the European federation of citizen energy cooperatives. Anemos Ananeosis / Wind of REnewal is a member of the REScoop.eu 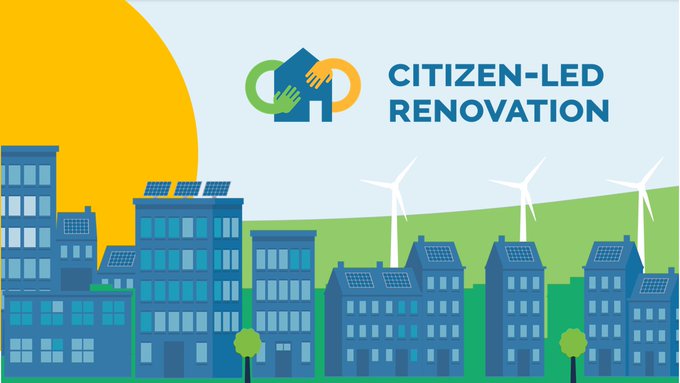 Wind or Renewal: How, what, why with the creation of the energy cooperatives and REScoop.eu?

Sara Tachelet – RESCoop.eu: As a result of the European project called ‘REScoop 202020’, a small European group of REScoop pioneers and stakeholders began to collaborate in 2012. The main idea of this project was to foster social acceptance for renewable energy projects by means of engaging citizens and stakeholders in the projects. In 2013, REScoop.eu was officially founded as a non-profit organisation under Belgian law.

REScoop.eu is committed to strengthen energy cooperatives and other community energy groups through networking activities, training and support. The federation wishes to make the citizens voices heard in the European energy debate and therefore actively represents the interests of its members at EU level. REScoop.eu succeeded in imposing new rights and supportive frameworks for citizens and communities in the EU Renewable Energy Directive and the Electricity Directive adopted at the end of 2018.

Wind of Renewal: Obstacles? How you were able to overcome the problems?

Sara Tachelet – RESCoop.eu: In our network we identified energy cooperatives facing different obstacles for developing RES projects such as access to financing, the lack of regulatory frameworks, unstable public support schemes, administrative barriers such as cost and access to the grid…

In Germany for example the shift in the remuneration system from feed-in tariffs to auctions in 2017 has exposed the community wind sector to many challenges, as the specific conditions and interests of the community power projects have been given insufficient consideration.

Following the EU’s Clean Energy for All Europeans legislative package, EU Member States are currently working on transposing the definitions of Renewable Energy Communities and Citizen Energy Communities into their national laws. Although highly supported by REcoop.eu, a serious risk remains in the many Member States where energy cooperatives do not yet exist. In some cases national definitions and enabling frameworks will be created with little or no context. This could increase the potential for abuse of the citizen energy concept by other large market actors. It’s of crucial importance that the definitions adopted by the European clean energy package are well interpreted and leave no space for abuse by other market actors. 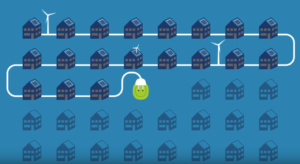 Wind of Renewal: Current situation (MW, members)? Number of citizen energy cooperatives? Where are they located?

Sara Tachelet – RESCoop.eu: REScoop.eu represents over 1500 citizen energy groups either directly or through affiliated national federations. Our estimates assume around 3,500 in Europe in total. While these groups may be more expansive in Western Europe, such Germany, France, Belgium, Netherlands, Spain and the UK, we have members in Greece, Croatia, Slovenia, Turkey and Romania.

Wind of Renewal: Total installed capacity for the cooperatives?

Sara Tachelet – RESCoop.eu: We do not have data to cover the whole of Europe however some national federations have done regional research.

In England, Wales and Northern Ireland (Combined, Scotland not included): 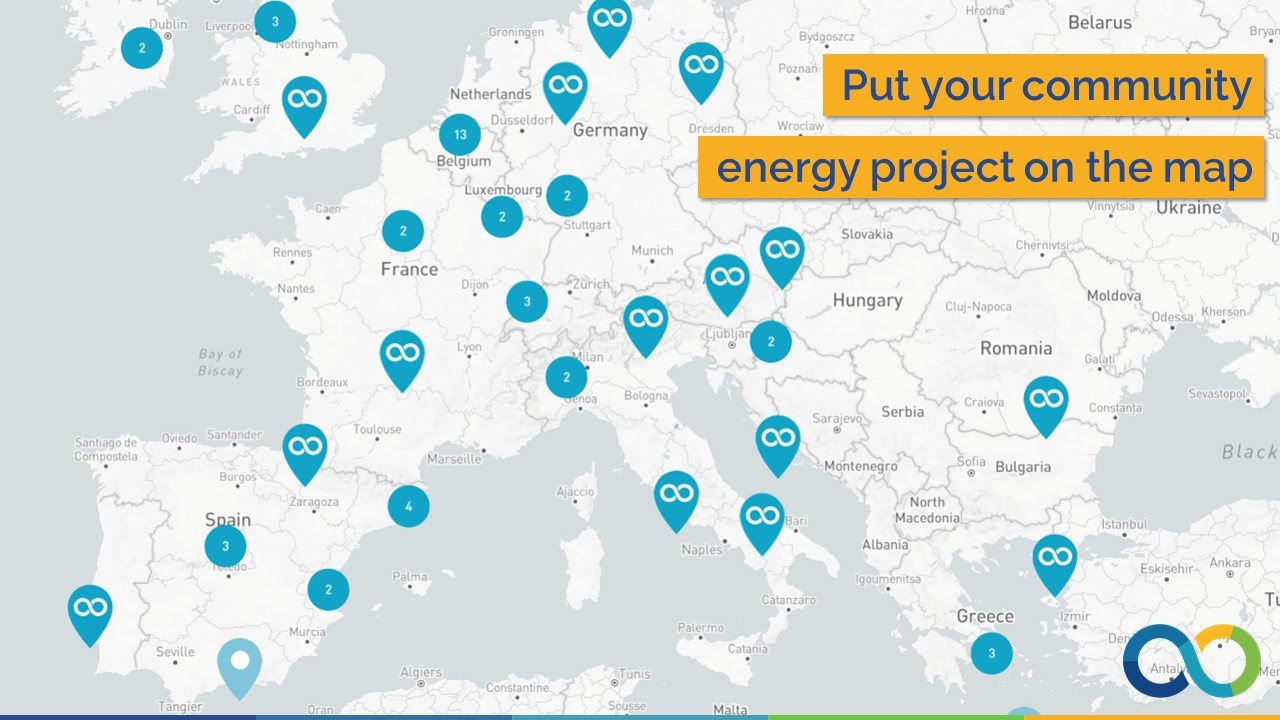 Sara Tachelet – RESCoop.eu: Photovoltaic panels are very popular in the form of either rooftop installations or solar farms, along with onshore wind. France has 163 groups involved in solar, with 28 groups involved in wind, however wind energy production (269.45 MW) is almost double that of solar (109.2 MW).

Other technologies include: Biogas, Biomass, District Heating, Small Scale HydroThough energy production is not everything citizen energy communities are involved with. Electric mobility is becoming far more popular, with e-vehicle sharing being the most common way in which cooperatives participate.

REScoop.eu helped set up the Mobility Factory to bring together cooperatives to work on a common electric car sharing platform to be used all over Europe in cities and with rural communities. Many of the groups are individual members in our federation. 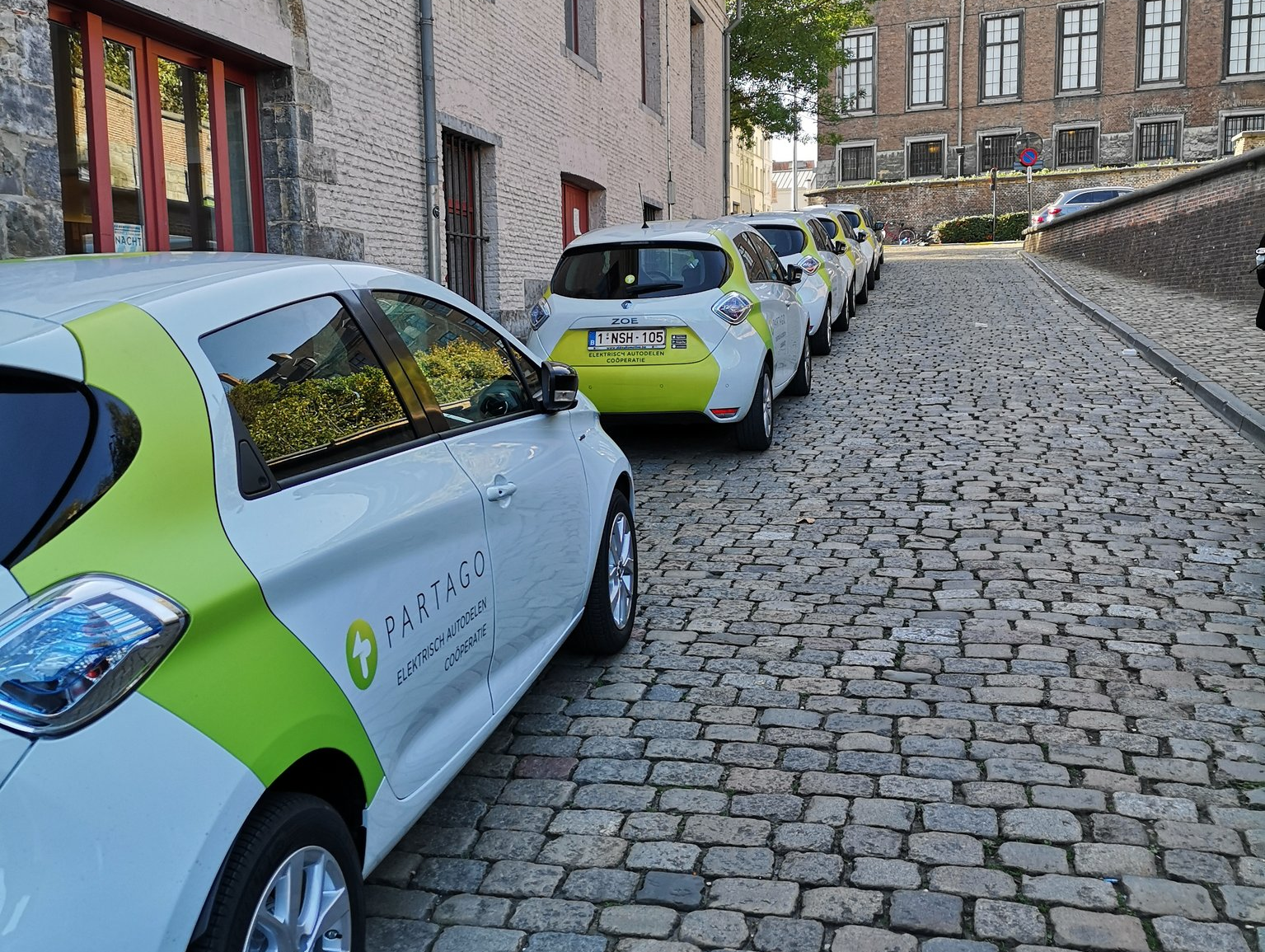 Wind of Renewal: The role of Energy coops in climate protection and energy transition?

Sara Tachelet – RESCoop.eu: By reinforcing the renewable energy cooperative model in Europe REScoop.eu works towards a green and sustainable energy landscape with citizens in the driving seat. Because climate change doesn’t stop at national borders, REScoop.eu tries to connect likeminded organisations around Europe.

Social acceptance of renewable energy production, as achieved by citizen energy cooperatives (REScoops), is the key to minimizing delays in authorizations as well as encouraging investment

Already today, citizen energy cooperatives have transformed the energy market in many European countries while contributing to revitalising the local economy and creating local jobs. REScoops deliver a significant share of renewables investment and promote their local development and public support. With the right implementation of the new European legal framework, citizen energy cooperatives could flourish and deliver an important share of Europe’s renewable energy and therefore contribute in a significant way to the decarbonization of Europe. 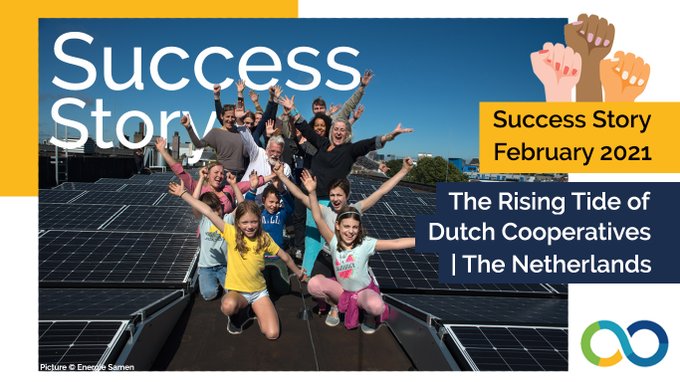 Wind of Renewal: Goals for the future?

Sara Tachelet – RESCoop.eu: An important goal for REScoop.eu is to make sure that the EU’s Clean energy package, acknowledging and supporting active energy citizens and communities supported as stakeholders in Europe’s energy market is properly transposed in the different European Member States. Despite the corona-crisis, most countries are currently working on their implementation. They are organizing public consultations and making their assessment (conditions). However, still many countries are far from ready. Many questions are currently being asked about what energy communities are, how to define them, what activities they should be able to participate in, how they should be regulated, and how their development should be supported. As a federation we aim to give answers to these questions and put forward recommendations for how Member States can use their discretion in interpreting the Directives to develop ambitious and robust provisions on energy communities, to empower community ownership and foster local social innovation in the energy sector. See our transposition guidance

When the European Commission announced its ‘Green Deal’, she acknowledged the need for a socially inclusive energy transition, as well as a role for citizen and community ownership in achieving the EU’s 2030 climate and energy objectives. REscoop.eu is advocating to make sure the Commission prioritizes making energy communities a success ensuring that their development is supported by the EU’s finance pillar, and that they are involved in flagship initiatives such as the buildings renovation wave.

Next to this advocacy goals, the federation is currently setting up and improving services to support citizens, businesses and local authorities that want to work on community energy.

What is a REScoop

REScoops are energy cooperatives, a business model where citizens jointly own and participate in renewable energy or energy efficiency projects. We also refer to REScoops as citizen or renewable energy communities. REScoops do not necessarily have the legal statute of a cooperative, but they distinguish themselves by the way they do business.

They typically respect 7 principles outlined by the International Cooperative Alliance, which is why we strongly believe that REScoops are leading the energy transition to energy democracy. The principles are:

All citizens are eligible to join a REScoop. After purchasing a cooperative share and becoming a member or co-owner of local renewable energy or energy efficiency projects, members share in the profits and are usually given the opportunity to buy the electricity at a fair price. In addition, members can actively participate in the cooperative: They can decide where the REScoop should invest, and are consulted when setting the energy price.

Here: Brand new guidebook on how to set up an energy community 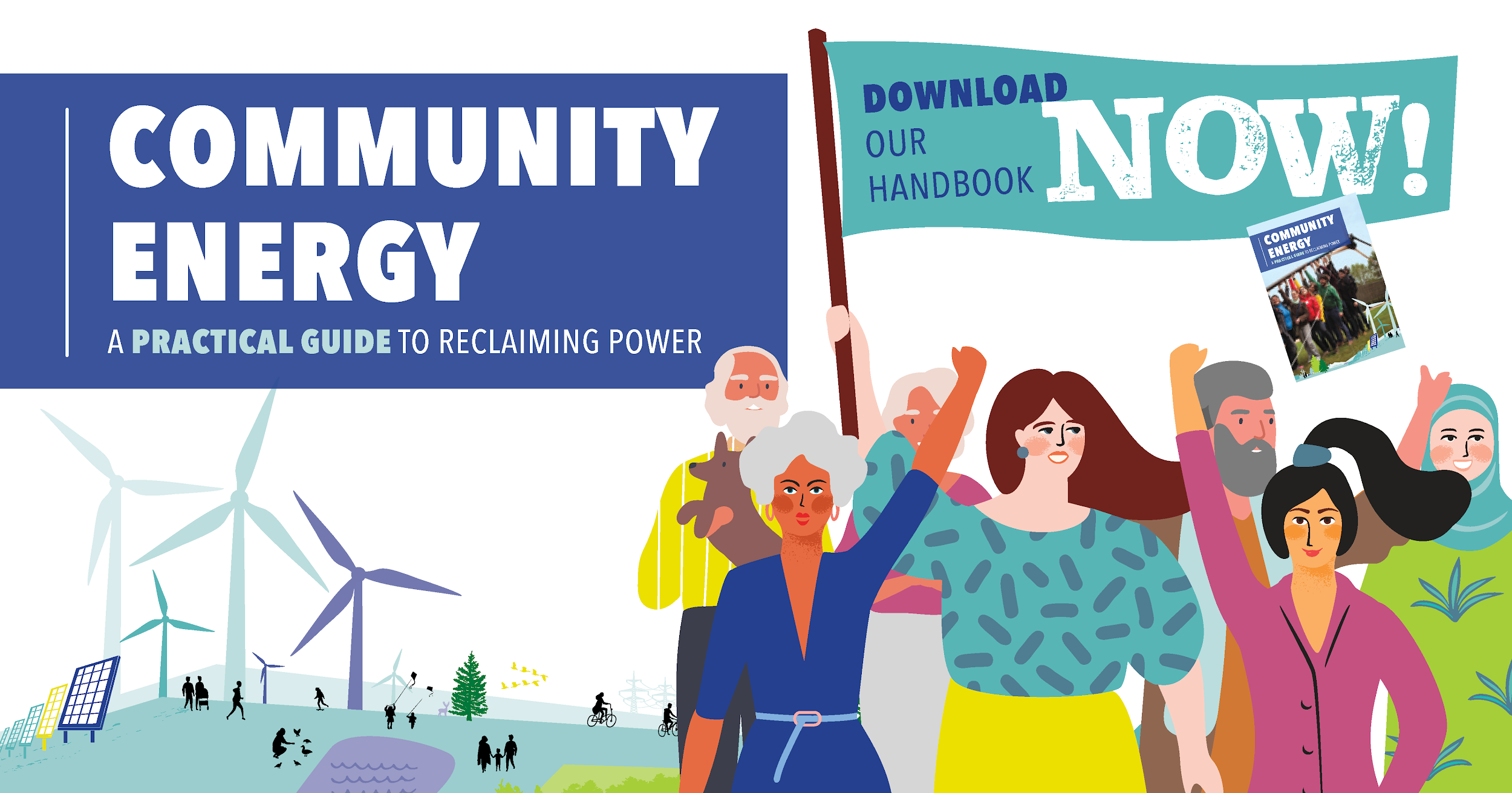 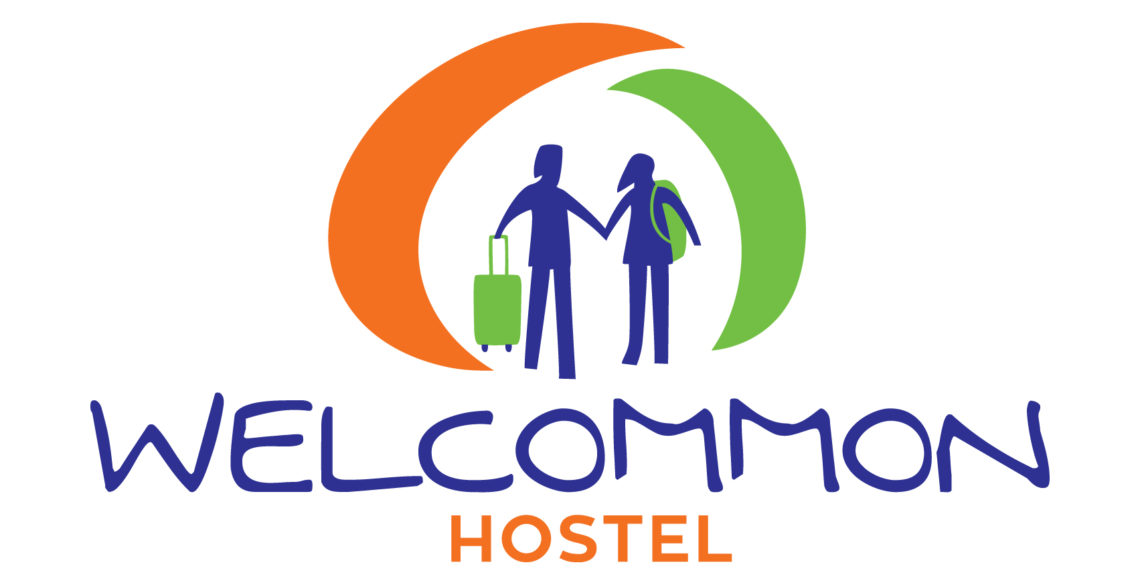