Sifnos: leaving the local community out of the energy transition is not acceptable 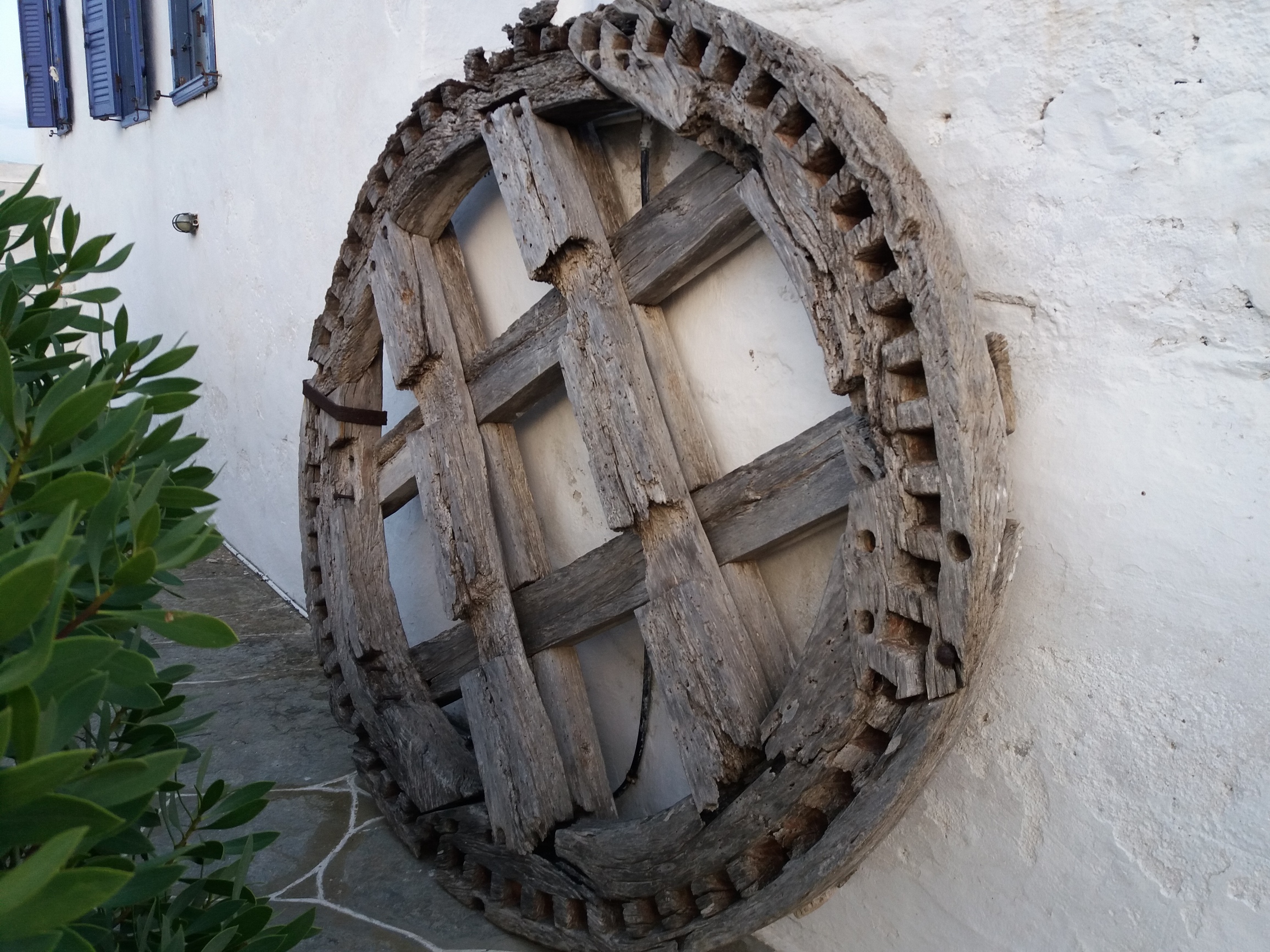 TOPIC: PROVISION OF SUPPORT TO SIFNOS IN THE EFFORT OF ITS LOCAL SOCIETY TO DESIGN AND IMPLEMENT THE ENERGY TRANSITION

Sifnos is a small island in the Cyclades complex with a long tradition in the wise management of the natural and man-made environment. Having realized the need to jointly contribute to the reduction of pressures on the environment and climate protection, the society of Sifnos tries to be a positive example in the fields of recycling, reduction of plastic bags, preservation of natural and ecological wealth, preservation of traditional settlements and its cultural wealth. Having a long tradition in windmills, in the sustainable management of biomass coming from pruned olive trees and in small boats that are moving with the help of the wind, it is understandable that the local community seeks (once again) a turn to green, renewable energy.

Representatives of the local community have participated in many events in the European Parliament, while also conferences in Greece and other European countries, in order to gain experience and enhance the energy transition of Sifnos through collaborations, such as the European Federation of Citizen Energy Cooperatives REScoop.eu, the Covenant of Mayors, the Clean Energy for EU Islands Secretariat, research agencies and energy organizations. A few years ago, an energy cooperative was also created in Sifnos, in order to contribute to the energy transition of the island in a green future.

-Participates in the formulation of its energy transition plan in a way that guarantees energy democracy, namely through a democratic and participatory process, so that all citizens of Sifnos have a say in how energy will be produced and employed for the needs of the island, but also for the residents themselves to have control over the investments that need to be made.

– Awaits the official response and comments to the application submitted to the Energy Regulatory Authority (RAE) by the Energy Cooperative of Sifnos for a renewable energy production project (the application is pending since 2016, without being officially rejected or without any final changes being proposed in this project),

the municipal authority accidentally finds out that 4 licenses for the production of energy from renewable sources on the island have already been granted through express procedures to companies that have neither a connection with Sifnos nor have informed the local community and the Municipality about their plans. If these plans are implemented, two companies will actually control about 80% of the electricity that the island needs today. In fact, responding to a relevant phone call of the Mayor, asking for official information, the following provocative answer was given: “the licensing process does not provide for an obligation to inform the municipal authority and the local community.”

Similar practices that leave the local community OUT of the processes of planning and implementing the energy transition have led to distrust and strong reactions on many islands with regards to RES investment plans imposed externally, instead of being the result of participatory planning and active participation of the local community. They also conflict with the European policy and legislation.

The authorities that provided licenses to the 4 investment projects provocatively ignored that:

– Sifnos is one of the leading islands at European level in terms of energy transition, having planned, in cooperation with European and national bodies, its transition to clean energy with the participation of the local community. All the relevant decisions have been taken after extensive dialogue, visits to other islands, cooperation with European bodies and in a unanimous basis by the Municipal Council of Sifnos.

– The society of Sifnos has realized the need to protect the climate, since, we, the islanders, are already experiencing the dramatic effects of climate change and we are particularly exposed to the climate crisis, the increase of the average temperature and the expansion of the desert zone to our region (these include the danger of desertification of lands that have been wisely preserved and supported the survival of the inhabitants for thousands of years, reduction of rainfall and reversal of the water balance), extreme weather events, which are connected with catastrophic consequences for the coastal zone and the island’s economy, dramatic effects on crops and the sensitive Mediterranean ecosystem of the island.

– Our island society has a long tradition in environmental protection and problem solving with the active participation of residents, it does not expect others to find and implement solutions for the island, as can be seen by: the wise agricultural practice followed for centuries, which today is discussed (in modern terms) in the context of the European strategy “farm2fork”, the network of thousands of kilometres of dry stone – a cultural monument and model of ecological practice for soil protection used to face climate crisis and to prevent floods, the wise management of the limited water resources (by collecting rainwater, reusing water and ecological management of springs), the bioclimatic design followed by the builders who constructed the traditional settlements, the emergence of important people distinguished in education, artistic activities and politics, which had innovative ideas, interest in the common benefit and good.

– The Municipality of Sifnos is a member of the Covenant of Mayors and is committed to proceed with the energy transition.

– Sifnos has been cooperating with the European Federation of Energy Cooperatives REScoop.eu for about 10 years.

–Sifnos has been selected as one of the six islands supported in their energy transition by the Clean Energy for EU islands Secretariat and for which the Agenda for Clean Energy Transition is being developed, in cooperation with the local community. Basic criteria for the selection of the islands – Sifnos being one of them – are “the active participation of the local community and the local authority of the island, the support provided from the professional and social bodies, etc.”

The 4 licenses mentioned above for the production of energy from renewable sources were given without giving the chance and the priority to the local community to develop its own clean energy transition plan. Neither has there been any information of the Municipal Authority and the Local Society, either by the companies that submitted the applications or by the public authority, as required by the European Strategy for Energy Transition, the Aarhus Treaty on Environmental Information, the European legislation (Clean Energy for All Europeans Package) and the recent “Memorandum of Split“

– On 25/2/2015, the European Commission presenting the Energy Union package stated that “most importantly, our vision is of an Energy Union with citizens at its core, where citizens take ownership of the energy transition, benefit from new technologies to reduce their bills, participate actively in the market, and where vulnerable consumers are protected”.

-The EU’s Clean Energy for All Europeans legislative package, especially Article 18(6) of the RED II, requires that “Member States, along with local and regional authorities when appropriate, develop information, awareness- raising, guidance or training programs to inform consumers how to exercise their rights as active customers, as well as practical aspects, including technical and financial, of developing renewable projects through self-consumption and RECs”. While Article 22 provides that “participants in energy communities are not treated unfairly and unequally”.

– The “Memorandum of Split”, co-signed on 24.06.2020 by the European Commission and 14 Member States, explicitly states that “The Memorandum of Split will provide the necessary support to the islands in preparing their transition programs, while it also promotes citizen participation, commitment and empowerment. In addition, the structured cooperation will facilitate the creation of energy communities on the islands.”. In this context, the “Clean Energy for EU Islands Secretariat” also provides practical assistance in Sifnos and other islands.

We would like to ask for your active support in our actions, which aim, on the one hand at the immediate revocation of the abovementioned licenses (information of relevant bodies, requests for review before RAE or even a court appeal[1], as decided by Sifnos Municipal Council, letters of protest to the Greek Ministry of Environment and the European Commission) and, on the other hand, at the promotion of energy investments by the local community itself in order to gradually achieve a fair and integrated energy transition of Sifnos with the participation of its residents: energy efficiency and zero-emission buildings (nZEB), production, storage, exchange and use of electricity from RES, transformation of the overall energy model (land transportation, ferry connections, heating / cooling, etc.).

We are at your disposal to discuss ways that you believe that could help our effort, so that Sifnos would lead its energy transition with the participation of citizens and will become a pioneer island of energy democracy, which will boost similar initiatives in many other islands that follow the current energy developments.

Nikos Chrysogelos (former MEP, President of the “WIND OF RENEWAL”)

[1] In order to implement the No. 124/2020 decision of the Municipal Council of Sifnos, the following requests for revision were submitted on 13.07.2020 before RAE against: 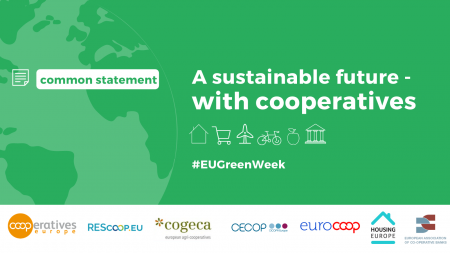