A positive project for Europe, a new chapter for the social economy

On 8th of December, the Executive Vice-President of the European Commission Valdis Dombrovskis and Commissioner Nicolas Schmit presented the Social Economy Action Plan at a press conference in Brussels.

The Commission’s communication entitled “Building an economy that works for people: an action plan for the social economy” has a horizon of nine years for its implementation 2021-2030, and will be assed in 2025. Social Economy Europe believes that the Social Economy Action Plan is an impressive EU public policy, co-created with social economy stakeholders, that offers a positive project for Europe. An initiative that has the potential to scale up the social economy in Europe, going beyond the traditional 6.3% of total employment in the EU that it currently represents.

The Social Economy Action Plan provides a clear and inclusive definition of the social economy in Europe:

“In the context of this action plan and related EU initiatives, the social economy covers entities sharing the following main common principles and features: the primacy of people as well as social and/or environmental purpose over profit, the reinvestment of most of the profits and surpluses to carry out activities in the interest of members/users (“collective interest”) or society at large (“general interest”) and democratic and/ or participatory governance.“

“The Action Plan is a federative initiative, it includes some of our main policy recommendations. The proposal of a Council Recommendation on developing social economy framework conditions, that the Council should adopt in 2023; the new Single EU Social Economy Gateway to be launched in 2030; or the importance of supporting social economy representative networks in every EU MS, as well as the emergence of local social economy contact points in all Member States, are fully alligned with the letter and spirit of our proposals.”
Juan Antonio Pedreño, President of Social Economy Europe

In line with the EU Industrial Strategy , the Commission also launched a Transition Pathway for the Proximity and Social Economy Industrial Ecosystem, that enacts a participatory process that will will result in

“a finalised transition pathway during 2022, summarising the joint work and targeted engagement with stakeholders and mobilising stakeholders to present commitments and joint actions to boost resilience and accelerate the green and digital transition of this industrial ecosystem. The Commission will mobilise different mechanisms to enable this process and facilitate stakeholder cooperation on the roll-out of the transition pathway”.

“This is a very good EU public policy, a policy that inspires and supports a positive project for Europe, a policy that will kick start an entrepreneurial revolution. What excites us the most at Social Economy Europe, is the way forward. All hands are needed now to implement the plan: social economy stakeholders, Member States, EU Institutions, local and regional authorities, researches, financial institutions, the philantropy and investors, the GECES, etc. An adventure in which we look forward to cooperating with our amazing network.”
Víctor Meseguer, Director of SEE. 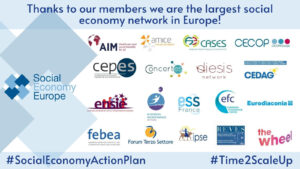 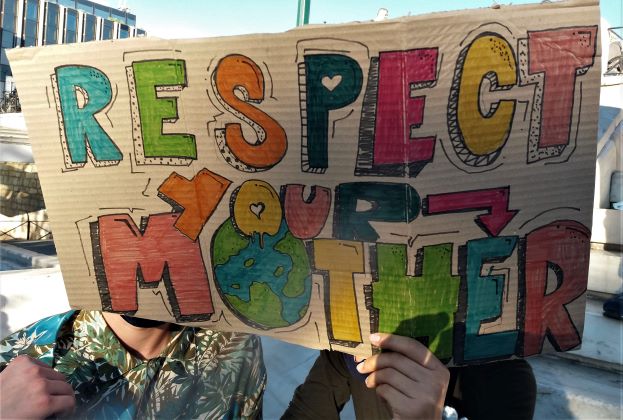 Lilian B. volunteer: my time at the Welcommon Hostel was very intense and unique

Lilian B. volunteer: my time at the Welcommon Hostel was very intense and unique