Hannah Neumann, MEP: “My trip to Greece” – and her visit to Welcommon Hostel 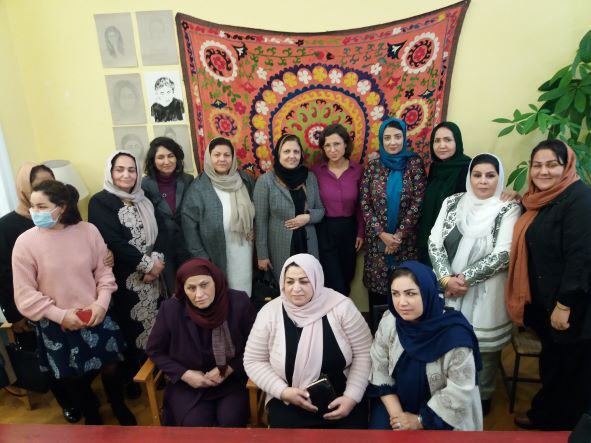 Hannah Neumann, MEP: “My trip to Greece” and …her visit to Welcommon Hostel

This article is published by Hannah Neumann, a Member of the European Parliament (Greens/EFA, Germany) after her visit to Athens, and, between others, to Welcommon Hostel. Thank you Hannah 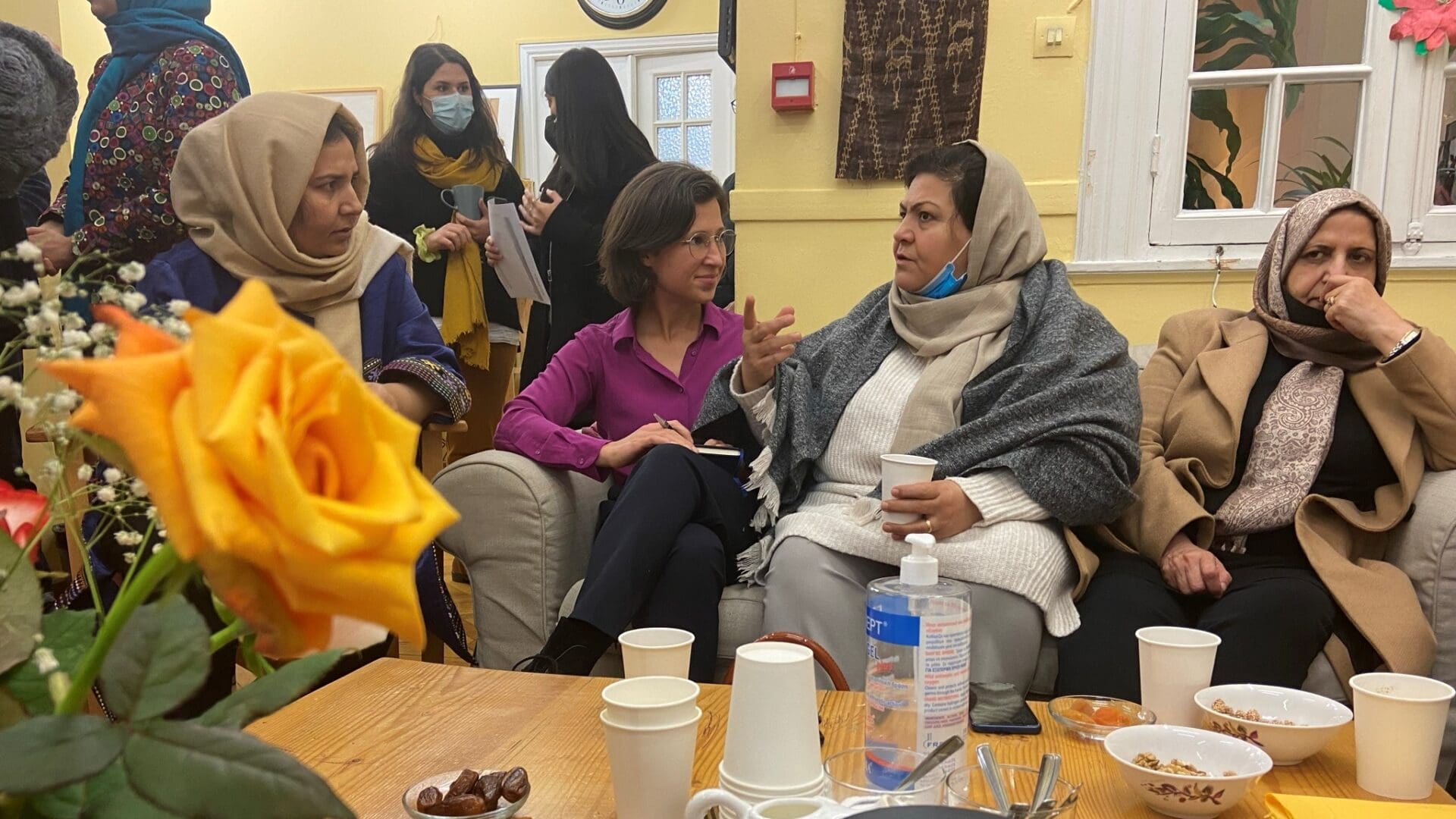 In Greece, female MPs are working on the foundation of an Afghan Women’s Parliament in exile. As soon as I heard about it, it was clear to me: I have to meet them.With almost 30 per cent female members, the Afghan parliament had been a pioneer in the region for years, thanks to a fixed quota (the percentage of female MPs was even ahead of some EU countries like Bulgaria, the Czech Republic or Croatia). When the country was taken over by the Taliban, most women parliamentarians were forced to leave their homes; the majority currently live in Greece. I was therefore keen to find out how they see the future of Afghanistan in view of the ever-dwindling room for manoeuvre for women and girls and the desolate economic situation in the country.My trip was also a welcome opportunity to follow up on the topic of arms export. The former German government had supplied U-submarines to Turkey, even though the Council of the EU had imposed sanctions on Turkish officials because of the escalation in the Mediterranean. These submarines could be used against Greece, an EU member state. In Greece, the issue is understandably high on the foreign policy agenda, as Athens sees the Turkish conduct in the Mediterranean as a threat.

On the first day of my stay – which was actively supported by the Thessaloniki office of the Heinrich Böll Foundation – I was invited to the Greek parliament. On the agenda was a meeting with MP Dora Bakoyannis, first female Foreign Minister of Greece and first female Mayor of Athens. I discussed with her the impact of the Afghanistan conflict on migration and refugee numbers in Greece, the Greek interest in a common European position on arms exports and the change of government after the elections in Germany. We also exchanged views on the issue of sexism towards women politicians: Disparagement and misogynistic prejudices do not stop at party or national borders.The new traffic light coalition in Germany was one of the topics of many of my conversations. After 16 years of Merkel, many people are looking to Germany, curious about what the new government will bring. A lot is expected of us when it comes to defending Europe and human rights, as well as in terms of climate diplomacy and a feminist foreign policy.After the meeting, I went to the headquarters of the Greek TV station Skai to give an interview on this very question: What can the member states, but also the EU, expect from the new German government and Germany’s first female foreign minister? How will Germany position itself on arms exports to Turkey? And what can be expected from the French Council Presidency? After the countless remote interviews (due to Covid), it was a welcome change to be able to actually sit across from a journalist in a TV studio again. 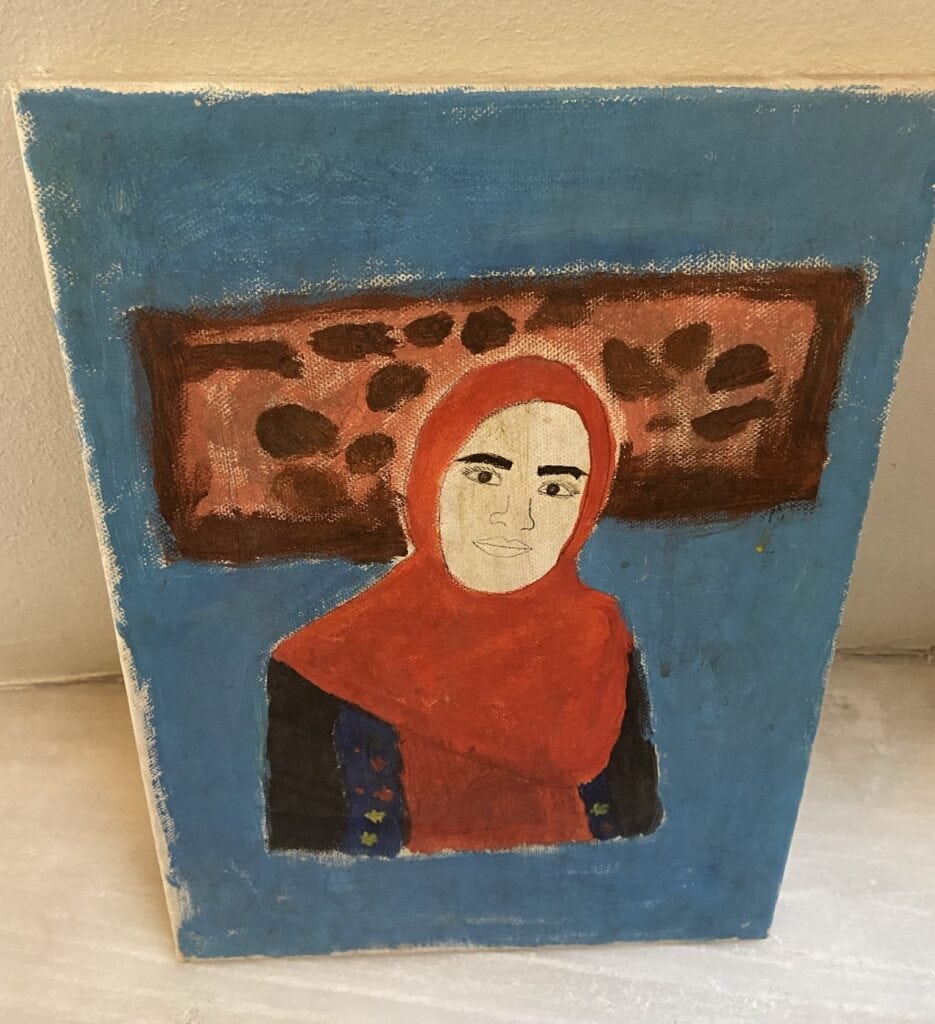 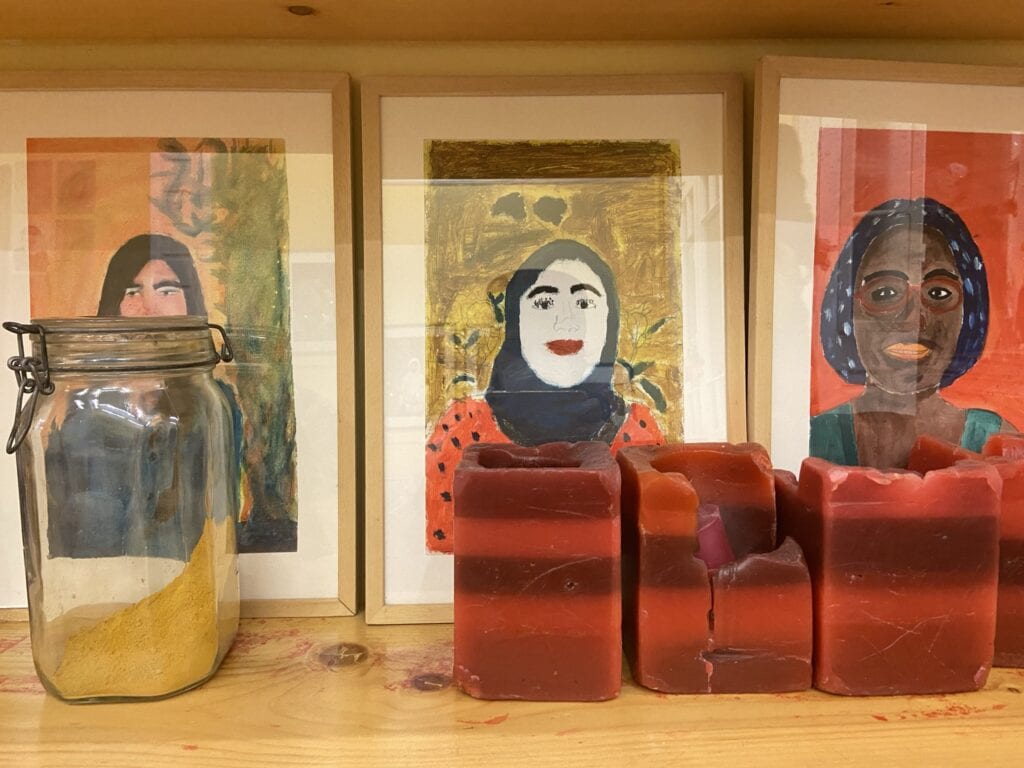 The return of the Taliban: sheer disbelief, agony and the search for solutions

In the evening, I had an appointment with former Green MP Nikos Chrysogelos, who is now involved in local socio-ecological projects. Our meeting place was a special one: the Welcommon Hostel. It had always been planned as a joint accommodation for tourists and asylum seekers, but since the massive decline in tourism in Greece, the hostel had many vacant rooms. Since many state-funded shelters had been closed at the same time, the rooms now benefit refugees in need of protection. During the meeting, Nikos Chrysogelos introduced me to a number of former Afghan judges and prosecutors who were evacuated from the country with the help of the International Bar Association and are now staying at the Welcommon Hostel, among other places.
In our conversation, it quickly became clear how gruelling it must be for them to wait for the approval of resettlement applications and the onward journey to family members in other EU member states, who they wish to reunite with. We urgently need more flexibility and pragmatic solutions here, because it is clear: these people will not be able to return to Afghanistan any time soon. And of course, we mustn’t forget the countless people who are still in the country due to a lack of contacts and resources.The following day, I finally met the Afghan MPs in the rooms of the Melissa Network. The organisation was instrumental in the evacuation of the women and provides them with a platform for exchange and networking. As the MPs have not all been housed in the same place since their arrival in Greece, the meeting provided them with a welcome opportunity to exchange ideas and discuss future strategies.Of the former 69 female MEPs, around 25 are in Greece. The rest have gone to other European countries, Turkey or the US and Canada; according to BBC research, nine MPs are still in Afghanistan. One of the first to speak was Amina Afzali, former Minister of Labour and Social Affairs. She had followed the return of the Taliban with sheer disbelief, which quickly turned to agony when she witnessed the destruction of lots of what had been achieved so far. After all, Afghan women have been fighting for their freedom and rights for the last 100 years – certainly including many setbacks. Much of what they have achieved in the last 20 years they now see being destroyed at a staggering pace – and although they are in exile, their conversations revolve almost exclusively around possible ways to somehow still improve the situation on the ground. 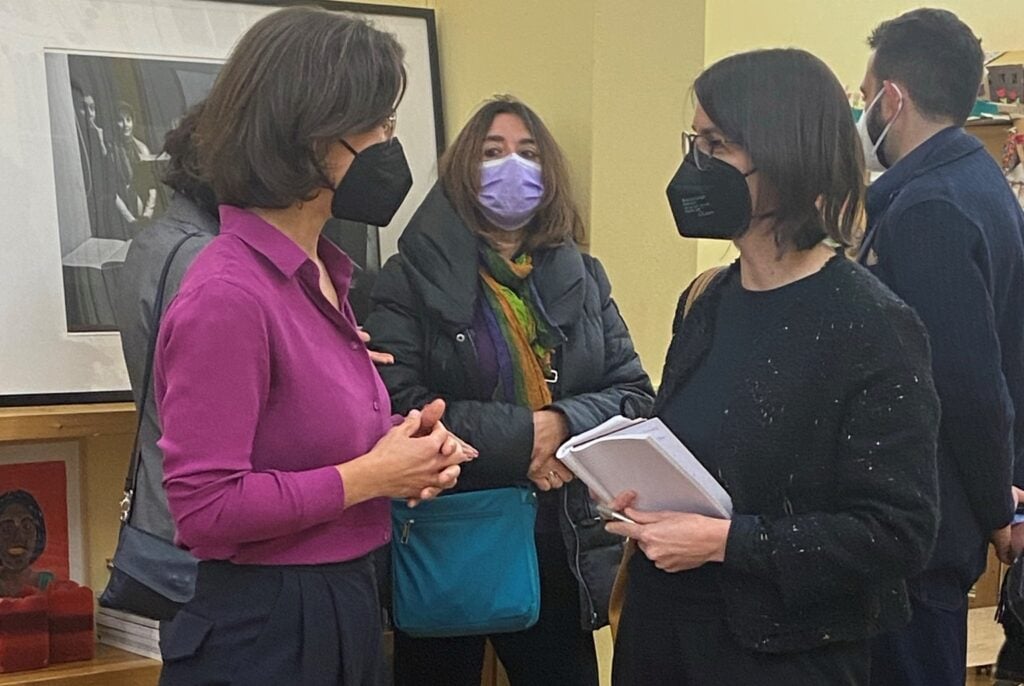 The question of how to deal with the frozen assets of the Afghan central bank sparked off the first lively exchange of words – my interpreter could hardly keep up with the translation.The money involves reserves of no less than 9.5 billion US dollars, which some of the MPs argued could alleviate food insecurity and deep-rooted poverty in the country. Others were convinced that the money in the hands of the Taliban would not be used for the benefit of the population. Even if the funds were released, they would only cover the country’s import costs for about 15 months, according to World bank calculations. Structural problems such as drought, dependence on international aid and high unemployment cannot be solved even by releasing the reserves.The issue of central bank reserves is closely linked to the recognition of the Taliban regime: Currently, no state has recognised the Taliban. And, according to the women in the room, this should remain the case.
It is clear that the country is facing a humanitarian crisis and that women and children are particularly affected. According to estimates by the UN Refugee Agency, almost 23 million people, or 55 percent of the population, are suffering from extreme hunger. It is therefore urgent that the EU continues humanitarian aid to the country. Earlier this year, the UN issued an appeal for more than $5 billion in donations for Afghanistan in the hope of restoring the country’s collapsing basic services – the largest amount ever requested for humanitarian aid for a single country.Addressing the humanitarian crisis does not mean acknowledging the Taliban, who are a big part of the problem. Aid must reach the people of the country, regardless of their gender, origin or religious affiliation.

Hope for the next generation?

The desolate conditions in Afghanistan and the desire to work for the good of their country make it difficult for MPs to endure not being able to exercise their mandate. One MP, who did not want to be named, reported how difficult it is for her to do nothing when reports of sexual exploitation and human trafficking reach her: something that is difficult to change from exile. Shagufa Noorzai, elected for Helmand province, pleaded to continue to stand up for women’s concerns, for precisely this reason.The parliament in exile does not yet have an official speaker. The MPs are currently in a readjustment process, which will lead to the foundation of the parliament in exile. As a Member of the European Parliament, I am of course ready to support the women in their important work, and so are many of my colleagues.
One thing is clear: as the European Union, we must now do our utmost to assist the people of Afghanistan. This includes speeding up emigration procedures for people at risk (e.g. by reducing bureaucratic hurdles in visa applications) and expanding humanitarian aid and support for Afghan civil society. Women and girls in particular need this support more than ever – and of course the local forces that made our engagement in Afghanistan possible in the first place. On this issue, I have already submitted a question for oral answer to EU Foreign Policy Chief Josep Borrell.. Committed Afghans like the women I met will also in future be an important link to the country. That’s why I will continue to exchange ideas with them in the years to come. And this is also about the next generation: on the sidelines of the meeting, I talked to the 18-year-old granddaughter of one of the MPs. Due to the invasion of the Taliban, she was unable to complete her high school diploma, as the Taliban deny girls access to education. In this exceptional situation, her school took the marks of the mid-term exams as a basis to calculate the grade point average for the girls’ graduation certificates. Now she hopes to come to Canada with her grandmother to study medicine. 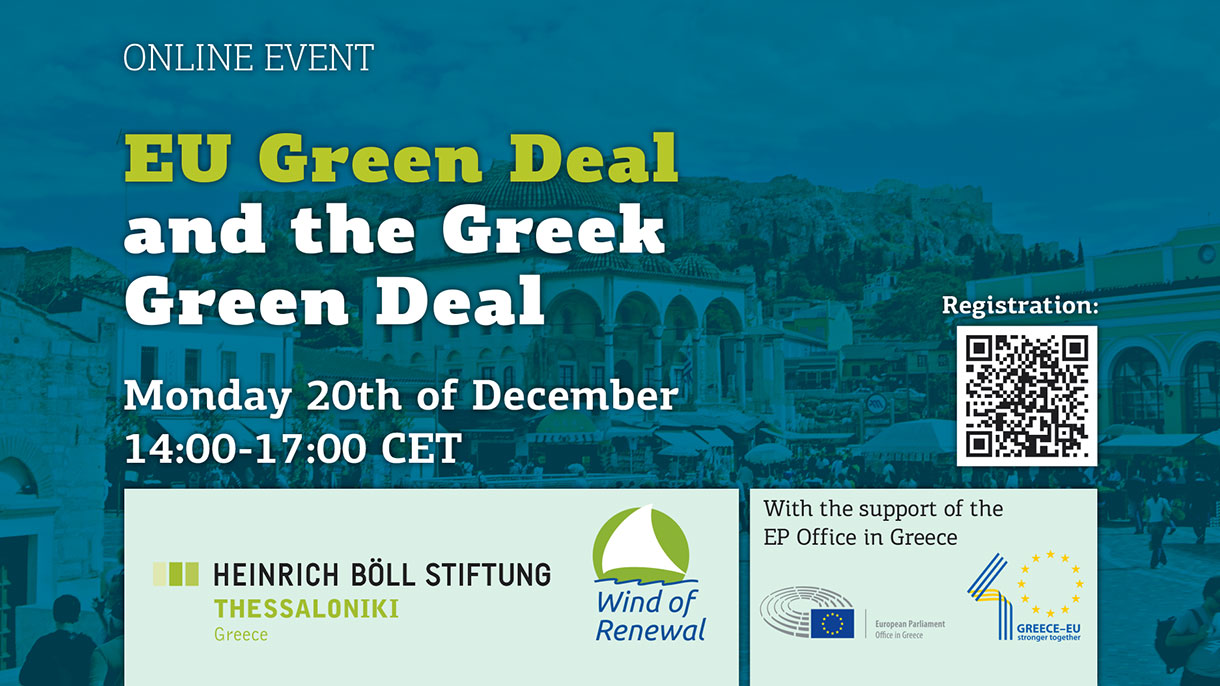