On Friday 23 April, Commissioner Nicolas Schmit (Jobs and Social Rights)  sent a letter to Member States’ Ministers of Labour/Employment urging them to ensure that social economy enterprises and organisations are well equipped and supported, so they can keep playing their crucial role to manage and overcome the COVID-19 crisis.  Providing over 13.6 million paid jobs in the EU, the #SocialEconomy has a key role to play in our economy and in the response to the #coronavirus crisis.

Over 90 participants joined the GECES meeting, including representatives of various Member States such as Spain (represented by Director-General for Social Economy Maravillas Espín and deputy DG Juan Manuel Sánchez Teheran), France (represented by Sarah Robin, diplomatic counsellor to the High Commissioner for Social and Solidarity Economy and Social Innovation), Ireland (represented by Andrew Forde, Head of Rural Strategy & Social Enterprise at Department of Rural & Community Development), Belgium and the Netherlands among others.

SEE President Juan Antonio Pedreño commented:“We welcome Commissioner Schmit’s letter to the Member States’ Ministries of Labour and the bold support expressed for the social economy. We encourage dialogue with social economy enterprises and organisations at all levels to ensure their access to instruments designed to overcome the crisis. The future Action Plan for the Social Economy will be key to boosting the development of enabling ecosystems for the social economy to thrive. It is clear that we need to build Europe’s tomorrow based on solidarity, sustainability and social progress. The social economy is ready to contribute to the EU’s recovery, offering an entrepreneurial model able to ensure no one is left behind.” 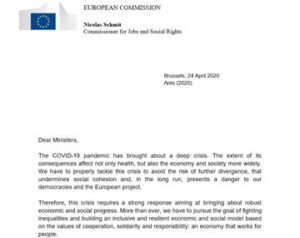 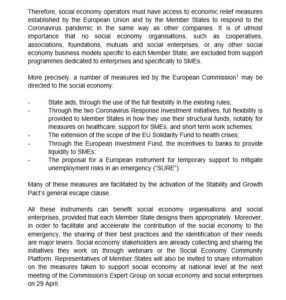 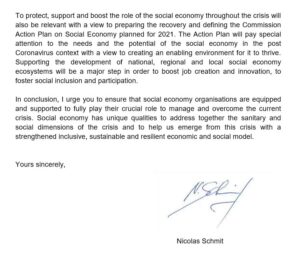 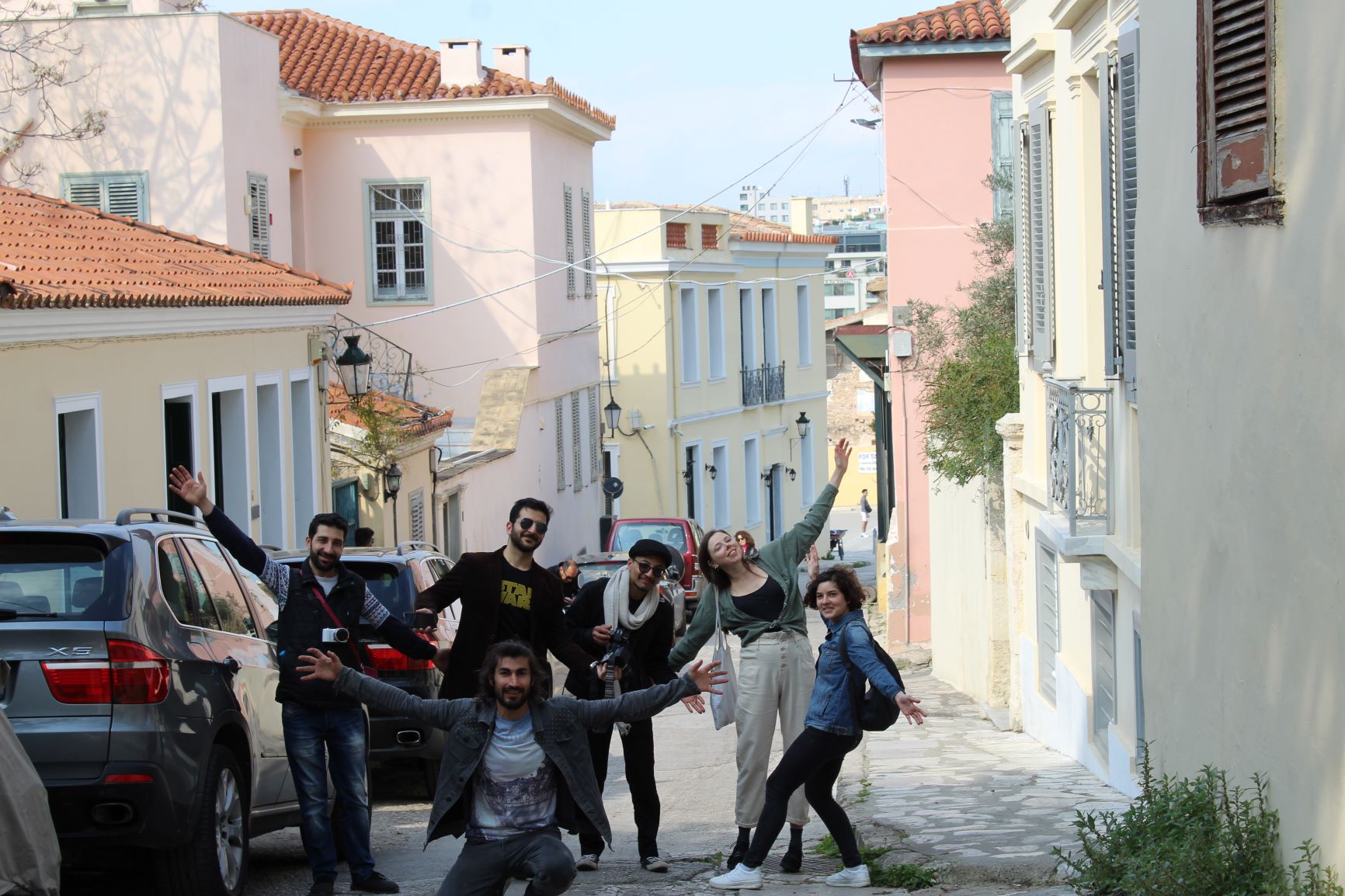